You are here:
Pot of the Month 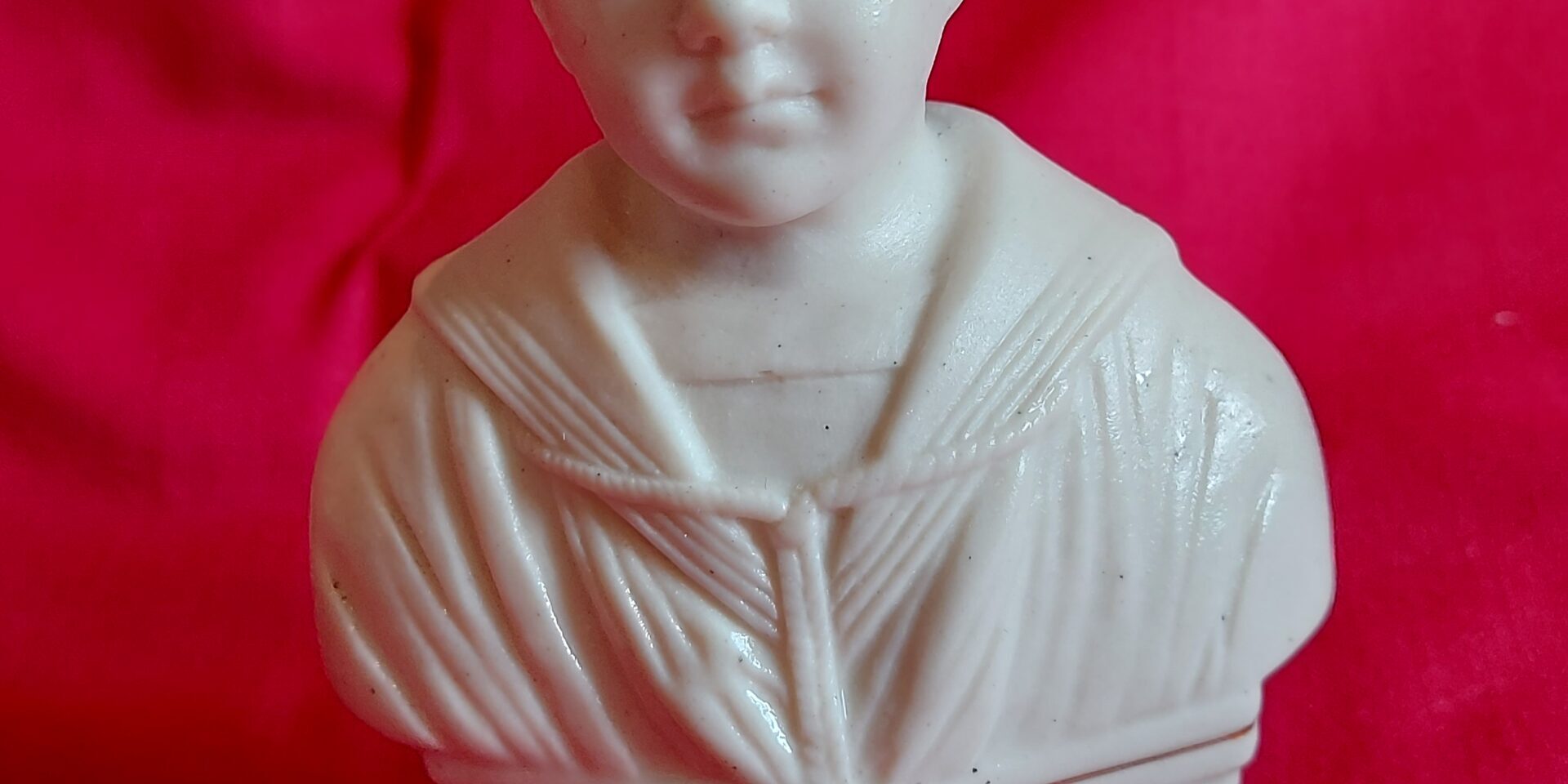 Pot of the Month for November is this rare Parian bust of John Travers Cornwell (sometimes known as Cornwall). The more eagle eyed among you will already have noted that this is not Goss, but as we all know, Goss Collectors have been known to collect other makes too so we thought this would be of interest.

“Jack” Cornwell was only 16 when he lost his life at the Battle of Jutland. His ship came under heavy fire and he was mortally wounded, but remained at his post at the forward 5.5 inch gun of the cruiser HMS Chester. The ship was badly shelled by four German cruisers and Cornwell’s position was hit four times, killing all the crew apart from Cornwell. The terribly wounded Boy Sailor was taken back to Grimsby, where he died on 2 June 1916.

Made by Savoy, this incredibly detailed bust stands 4 ½”/11cm high. It bears the Crest of the Royal Burgh of Annan on the front, with the inscription: John Travers Cornwall, The Boy, aged 16, Hero of Jutland Battle “Faithfull Unto Death” to the rear, along with registered no 662782.

Jack Cornwell was and still is, the Royal Navy’s youngest ever V.C.