Tudor House, Southampton, built 1535. Its royal visitors. If only the old house itself could speak what stories it could tell of the doings of the dozen generations who have dwelt within its walls or have passed athwart the square beneath its windows. Tradition associates it doubtfully with two royal visits. Henry VIII is said to have brought Anne Boleyn beneath its roof. Philip of Spain is supposed to have made it his lodging during his three days sojourn in Southampton (20th to 23rd July, 1554) prior to his marriage with Queen Mary at Winchester. It is impossible at this late day either to confirm or disprove these legends. There is nothing impossible or even improbable in either of them. Copyright.

This model is only found coloured and unglazed and is not known bearing arms. It was listed in the 8th edition of The Goss Record as being in preparation and ready in 1915, but it was not illustrated in any edition. 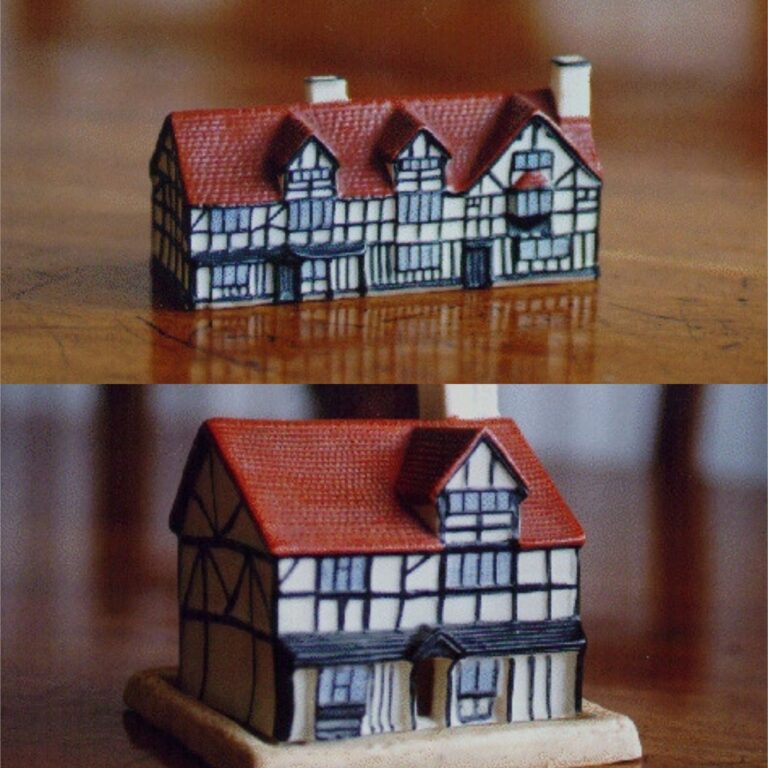